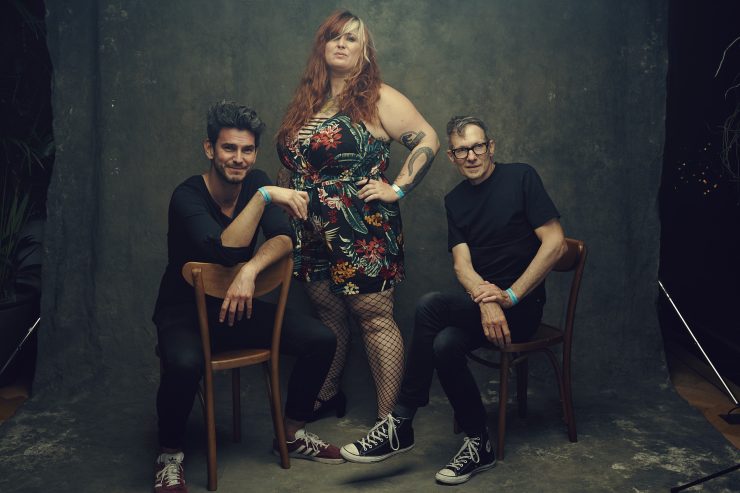 In the course of a few short years, Sarah McCoy went from playing piano and singing in hotter-than-hell New Orleans dives to appearing in-front of enthusiastic crowds in hip Paris night clubs. In 2017, Sarah opened in Paris for Jarvis Cocker and Chilly Gonzales who were launching their album Room 29. Stunned by her set, Chilly Gonzales, virtuosic pianist known for his Solo Piano album trilogy and collaborations with the likes of Drake and Daft Punk, spontaneously invited her to the studio of frequent collaborator Renaud Letang (Manu Chao, Seu Jorge) with whom they worked on records for Feist, Jane Birkin, Jamie Lidell and others. The chance encounter lead to a record deal with Blue Note and Sarah moved to Paris.

In 2018, she recorded Blood Siren, a captivating album full of striking details that perfectly capture the singer’s haunted moan which both chills and touches the heart. Producers Chilly Gonzales and Renaud Letang created a stark midnight atmosphere with Sarah on piano and guitar, touches of cello and celesta, some electronic sounds, and plenty of silence, along with a voice that sounds just as it does when she’s alone in her room. After many years of living on the edge, Sarah is on friendly terms now with the dark, intense persona that appears in the elegant artwork of Blood Siren and finally settled down in Paris after 18 months of intense European touring.

Exploring her newfound peace, Sarah McCoy experimented in early 2020 with the many possibilities contemporary home studio effects offer to fully explore the range of expression in her unique “diva-lioness” voice, and to expand her range of music composition beyond the acoustic piano. 2021 saw Sarah emerge from lockdown with new songs, new sounds and a band: in addition to the piano and that voice her audience grew to love, Sarah now brings synths, a drum machine and loop station to the show – see you there.