After the initial auditions, the Members of the Artistic Council of the Stage Songs Review: Justyna Szafran, Konrad Imiela, Mariusz Kiljan, Krzysztof Mieszkowski, Jerzy Satanowski, Bogusław Sobczuk and Cezary Studniak, artistic director of the festival, and Paweł Krupski, the chief producer, have qualified the following participants:

Malwina Czekaj – an actress of the Baj Theater in Warsaw, winner of the Leon Schiller prize,
Dominika Feiglewicz – an actress, graduate of the Krakow Theatre Academy, at the Słowacki Theatre in Krakow she is responsible for accessibility to people with disabilities,
Adrianna Górka – a vocalist, graduate of the Capitol Musical Study, participant in the 5th edition of Voice of Poland, winner of national and international competitions,
Dominika Kierpiec-Kontny – an authoress of the music broadcast and the project “Śląsko Bajarka”, leader of the band Sąstąd, graduate of the Music Academy in Katowice,
Jowita Kropiewnicka – a student at the Theater Academy in Warsaw, winner of the vocal competition Pamiętajmy o Osieckiej,
the vocal and instrumental duo composed of Kamil Owczarek and Lidka in the company of Patrycja Mizerska – Kamil Owczarek is a student of the Music Academy in Gdańsk, specialty musical, Patrycja Mizerska is a graduate of that university. They both have participated in numerous festivals,
Marta Mazurek – a film and television actress,
Katarzyna Miednik – a singer-songwriter, winner of many Polish and international festivals; Wroclaw residents may remember her as Sara from the “Little Princess” at the Capitol Musical Theatre,
Jakub Mieszała – a graduate of the Wrocław Puppetry Faculty of the Theater Arts Academy,
Patrycja Mizerska – a singer, graduate of the Gdańsk Academy of Music, awarded at many Polish and international festivals,
Michał Murawski – a graduate of the Białystok Puppetry Faculty of the Theater Arts Academy, laureate of singing contest in Koszalin,
Kinga Rutkowska – a graduate of the Department of Stage Vocal Music at the Academy of Music in Lodz, she represents the Operational Command Club of the Armed Forces in Warsaw,
Monika Zapaśnik – singer and songwriter, member of the HuRaban band,
Piotr Zubek – singer, winner of many festivals and vocal competitions.

Performers invited by the Artistic Council directly to participate in the Stage II:

Awards in the Contest
It’s 3 thousand zlotys for each participant in the Competition qualified for the Finals, and then for the winners:
– Grand Prix – Golden Toucan statuette and 25 thousand zlotys
– Toucan of Journalists statuette
– Toucan of Audience statuette
– The Society of Authors ZAiKS award for the best performance of a Polish song – 10 thousand zlotys
– award of the Polish-German Polonica Cultural Association – 4 thousand zlotys with an invitation to participate in the 28th edition of the Rock & Chanson Festival in Cologne
– award of the Polish Song Museum in Opole – 50 hours of a recording session in the Recording Studio (including recording, mix and mastering)
– special award of Radio RAM – The RAM Session concert broadcasted at 89,8 FM and on the internet 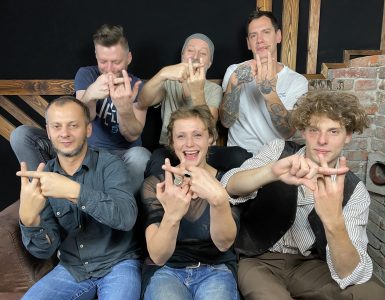